Denmark has become known for bringing the New Nordic Cuisine on the foreground with Copenhagen hosting a great number of high-end and restaurants with Michelin stars, but the city’s gastronomy scene has also another side that is quite popular among locals and includes hot-dog stands, burger restaurants, and delicacies from the Middle East. These 11 dishes are some of Copenhageners’ favorite delicacies.

Danish cuisine (Danish: det danske køkken) originated from the peasant population’s own local produce and was enhanced by cooking techniques developed in the late 19th century and the wider availability of goods during and after the Industrial Revolution. Open sandwiches, known as smørrebrød, which in their basic form are the usual fare for lunch, can be considered a national speciality when prepared and decorated with a variety of fine ingredients. Hot meals are typically prepared with meat or fish. Substantial meat and fish dishes includes flæskesteg (roast pork with crackling) and kogt torsk (poached cod) with mustard sauce and trimmings. Ground meats (pork, veal or beef) became widespread during the industrial revolution and traditional dishes that are still popular includes frikadeller (meat balls), karbonader (breaded pork patties) and medisterpølse (fried sausage). Denmark is known for its Carlsberg and Tuborg beers and for its akvavit and bitters, but amongst the Danes themselves imported wine has gained steadily in popularity since the 1960s.

Cooking in Denmark has always been inspired by foreign and continental practises and the use of imported tropical spices like cinnamon, cardamom, nutmeg and black pepper can be traced to the Danish cuisine of the Middle Ages and some even to the Vikings.

Since the early 2000s, some Danish chefs have developed the new Danish cuisine, an innovative way of cooking based on high-quality local produce. This new philosophy and cuisine has attracted the attention of and been celebrated by the international gourmet community. It has contributed with a considerable number of highly acclaimed restaurants in Copenhagen and the province, with some of them awarded Michelin stars. 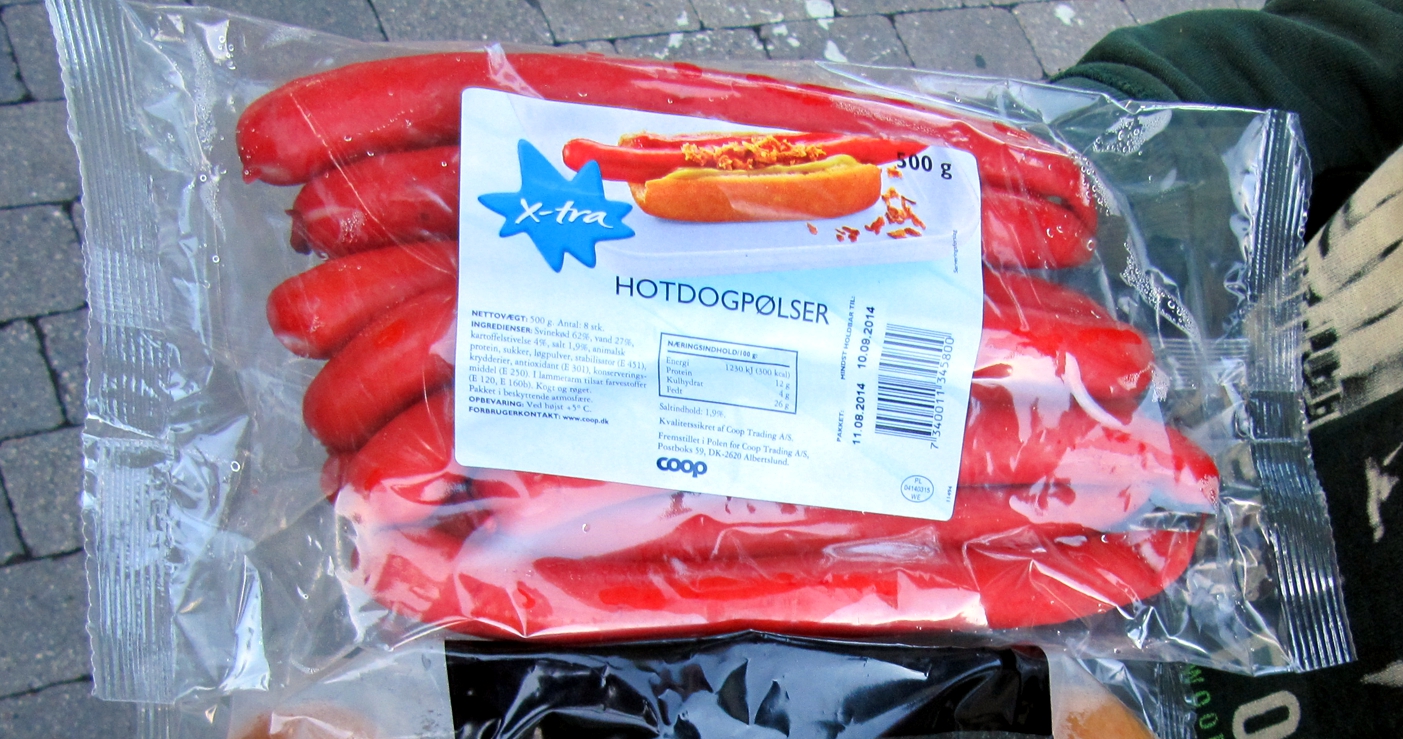 With so many hot dog stands all over Copenhagen, it’s not hard to notice locals’ love for sausages. Not only they are super tasty but also a cheap solution to fill hunger while roaming around the city. The most renowned sausage in Denmark is the rød pølse (red sausage) and is usually served inside a fresh bun with ketchup and mustard on top. Aside from the classic hot-dog recipe, stands around Copenhagen now serve many types of sausages, buns, and plenty of ingredients that customers can combine in order create their own hot dog.

What initially was a Danish farmers’ lunch is now Denmark’s traditional dish, a local favorite delicacy, and served in high-end restaurants. The open-face sandwich consists of a slice of rye bread, fish or meat, vegetables, and sauce on top. Almost every restaurant in Copenhagen serves a variety of Danes’ beloved meal throughout the day. Check out Selma in Vesterbro and Frederik VI in Frederiksberg.

A few decades ago, Denmark’s immigration policy wasn’t as strict as it is nowadays so many refugees seeking asylum managed to make a new start in the small Scandinavian country. Particularly, during the 1960s and early 1970s, the country accepted a great number of Turkish and Pakistan refugees. Many of them opened their own restaurants and brought a taste of Middle East to Copenhagen. Therefore, nowadays durum shawarma (chicken beef or lamb) is one of the most popular dishes in Denmark. In most cases, it is made based on the original recipe and with fresh ingredients. Nørrebrogade, Nørrebro’s main street brims with durum restaurants with Beyti and Konyali being among the best. 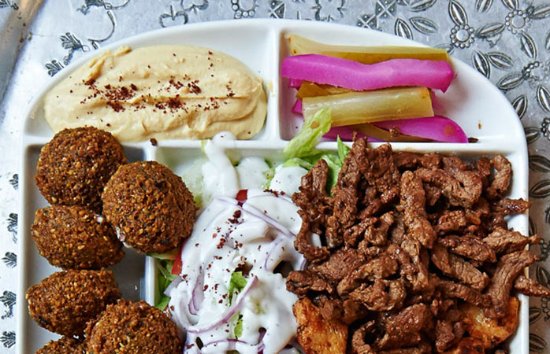 Another famous plate in Denmark is falafel. Probably for the same reasons as durum, the traditional Egyptian dish can be found everywhere around Copenhagen. It’s usually served with lettuce, tomato, and garlic sauce, but many restaurants combine Middle Eastern cuisine with Scandinavian cuisine to create numerous combinations. Falafel Factory in Nørrebro and Fala Fala in Copenhagen Street Food (Papirøen) are two of the most popular restaurants in town.

Flæskesteg is a plate strongly connected with Christmas in Denmark as it’s never missing from the dinner table or the Christmas markets’ stands. It’s actually roast pork baked with spices, bay leaves, and cloves, and it is usually served with boiled and/or caramelized potatoes. It’s certainly one of the locals’ favorite dishes. Those visiting Copenhagen during Christmas will most likely see a great number of Copenhageners holding their beloved Flæskesteg sandwich while rummaging in the city’s Christmas markets.

The Danish meatballs known as frikadeller is one of the most popular traditional dishes. There isn’t any special recipe or secret ingredient for the Danish meatballs, but they somehow have their own unique taste. Maybe it’s because they’re usually fried with butter. Eat them with boiled potatoes or on top of a smørrebrød like a proper local. 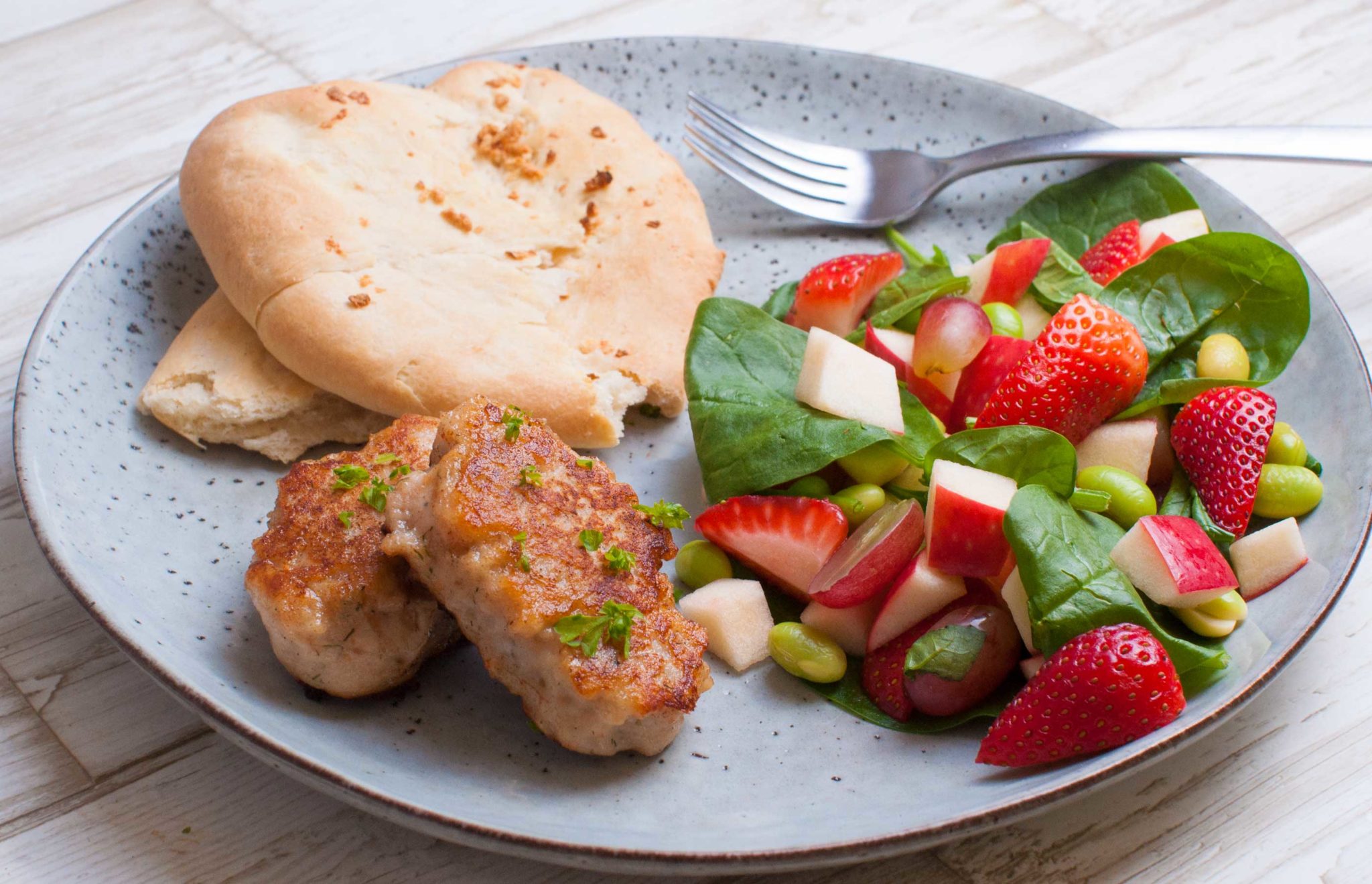 If there’s one food that Danes like even more than meatballs is fish cakes, known as fiskefrikadeller. A mix of white fish, onion, parsley lemon, salt, and pepper, it is usually served with cucumber and the Danish sauce remoulade. Even if fish isn’t a personal favorite, at least try fiskefrikadeller while traveling in Copenhagen.

Marinated and pickled herring has been holding a place in the Danish food menu since the Viking Era. Surrounded by sea, Denmark has a long list of fish dishes with herring being among the most popular. Whether on top of rye bread or accompanied with bay leaves, onion salad, and eggs, find out why this dish has survived throughout the years and is still served all over Copenhagen. For high-quality seafood, stop by Musling Bistro just a stone’s through from Nørreport Station in the city center.

Another fish that is frequently found in Copenhagen’s restaurants’ menus is salmon. Though cooked in various ways, Danes usually prefer to add a slice of cold-smoked salmon on the top of a slice of rye bread. Check out Restaurant Kronborg and indulge in a dish of salmon fish balls or its renowned salmon smørrebrod. 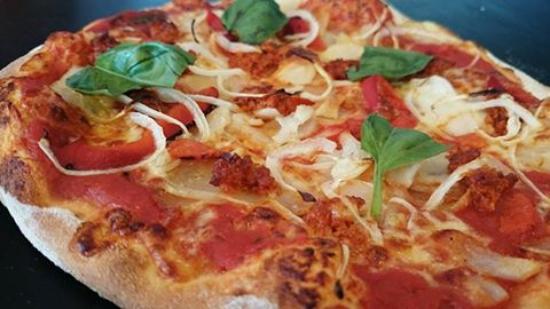 Wondering why is pizza included in an article that features Copenhagen’s best dishes? Walk around the city and find out. The capital of Denmark has many pizza restaurants often owned by Italians who make sure to bring the best ingredients from their country in order to create an authentic taste. NonSolo in Nørrebro, mother restaurant in the Meatpacking District, and gorm’s and La Fiorita in the city center are among the top choices to take a break from Scandinavian cuisine and savor into a warm slice of original Italian pizza.

People are creating pancake cereal during lockdown and it looks incredible